What are we missing? 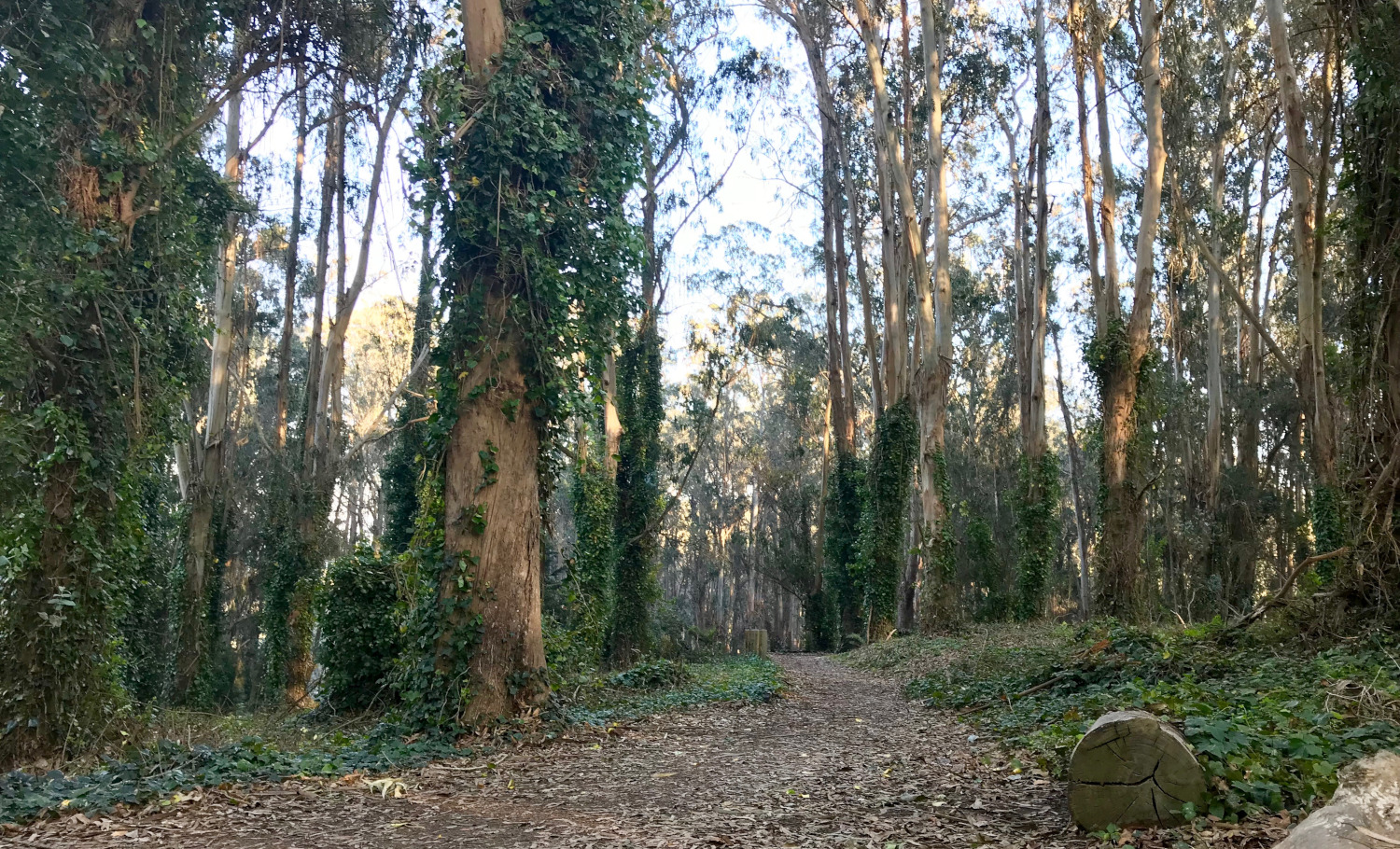 I sit here in a beautiful forest. Its cold, in a California kind of way. Its the weekend and I've had myself shut in too much lately, working fervently on the next project. I work because I am drawn to the destination, but the journey is tiring. I'm at the Presidio in San Francisco in a beautiful eucalyptus forest parked on a log. Its a strange place for me. The Spanish conquered this spot before us, but it makes me think about the horrific things we did to so many peoples across what we call our land. How similar things have been done by our military abroad. And how this beautiful place was the home of US soldiers who helped intern the Japanese in WW2. Then I'm reminded that the nearby Tanforan detention center, a former Japanese concentration camp in WW2, is now a shopping mall. The mall is full of products made by people from all over the world - clothes from Bangladesh, India, China, and Honduras for example. And just as the land on which I sit was once cleared of natives so its conquerors could lay claim, millions of factory workers across the world are stuck with no options after someone in their past took all the land for himself.

What could we say about the natural resources of the world? The bounty of wealth this place provides us. Fruits, vegetables, and minerals abound. Our most advanced silicon is grown from materials harvested from this Earth. We are truly blessed for all we have been given.

But what does it mean for someone to lay claim to one piece? Who endowed them with that right? Does the notion even make sense? How do we say that one piece of Earth or atmosphere belongs to one person? How can we say who may lay claim to the animals in the sea or the beings who live on land here with us?

We have great power here on earth. No animal can evade our capture. No resource is too deep underground. No forest can stand in our way. And in many ways, I feel like we've spent centuries pushing as hard as we can to build our world the way we want using any means necessary. That's why this military base I'm sitting down at has a golf course and beautiful trails. It's what the folks in charge wanted!

But what have we sacrificed so these men could sit with a view overlooking the golden gate bridge while putting thousands of Japanese Americans in to horse stables?

I think about the marketing industry. How children all over the world grow up believing that skinny white women are the epitome of sexy and sports cars make you a stud. How work and consumption are the key to a good life. At least, that's what I ended up believing. And so I focused on money and treated women like objects, and missed out on so much true beauty in life because of it.

But even I cannot ignore the allure of factory made goods formed from silicon and carbon and copper and glass. Access to technology and hard goods has made my life great in many ways. Gasoline moves me where I need to go, and my big vehicle means I can carry things easily. I am accustomed to taking some of the atmosphere for myself and leaving my trash at the curb to be carted off somewhere. I truly do not know how I would survive without this.

But so much of what I am accustomed to has been based on "othering". The notion that what I need I will get by ignoring the rights or needs of some group of "others" and acting accordingly. I don't do it directly, but I buy products from companies or countries who have. The US government worked to overthrow democratic leaders in Central America so our companies could grow food for profit on land that previously served to feed indigenous people. We supported the tyrants who would steal that land from its stewards, and we trained the soldiers who carried out the work. Our media ignored it when death squads took out those who put up a fight, our president called them "rebels" or some other term meant to mean "bad guys", the morning news did an interview full of softball questions that ignore what really happened, the newspapers laud the president's commitment to humanitarian concerns, and then we all buy the cheap fruit at the grocer for $1 a pound. Never mind that the land was stolen when we weren't looking and we never asked how it happened. Well guess who built that factory in Bangladesh that made your $5 t-shirt? Do you think a worker there still has the legal right to farm the land of their ancestors? Or were they stripped of that right so a some capitalist could build a factory? For most of my goods I sadly have no idea. Do you?

I don't think we can keep doing this. Actually, my fear is that we can. But my god, WHY? Why do we do this to other people on Earth? Because it comes back to us. We allow ourselves to ignore the needs of others, and then we complain that we live in a world where nobody else cares one bit about our needs! I don't mean to lay blame, I'm just as guilty as anyone else. More guilty than many. I'm trying to improve my impact, but I need to speak my mind so others can comment on these thoughts.

How would we build a world where we respected the needs of all people? What would that look like and how would we get there?